The flavours of Italy have grown with the expansion of the Bayside’s best gelato shop with the opening of ‘Matilda the Art of Gelato’ on the corner of Florence Street and Bay Terrace.

Owners Rudi and Isabella pride themselves serving artisan Italian gelato, freshly made on the premises using the finest ingredients.

“Quality is important” says Isabella adding “we are not like a ‘fast food’ ice cream outlet and choose carewfully the shops to supply us, such as using Norco local milk and fresh friut to bring out the natural fruit flavours.”

Rudi started his working life as a nurse in Italy. Whilst helping a friend in a local gelato shop, what started as a bit of a joke adding surplus fruit to the gelato, Rudi quickly became an expert. He arrived in 2012 in Australia to be with Isabella in Brisbane. When she fell pregnant they moved back to Italy for the birth of their first child… Matilda. Rudi took the year to learn the art of gelato making before their return to Australia.

They both thought opening an artisan gelato shop would go down well in Brisbane. Wanting to be close to the sea they fell in love with Wynnum with its seaside charm. As an added bonus it was near their home and work base in Carina and close to friends and family.

The original ‘Matilda’ shop – named after their daughter – opened in March 2018 in Edith Street. They saw the location as a busy CBD with medical centres, shops and post office plus kerbside parking. They quickly picked up a loyal following and became a regular haunt for parents with children post-school or looking for a weekend treat.

The new Florence Street premises continues its uncommercial ambience featuring red (for food) and purple (for relaxing), giving it a European vibe that reflects its Italian heritage. It has allowed them to grow their existing business and be able to offer gelato into the evenings and weekends.

How does their daughter Matilda feel about her name being so prominent? “She is very popular at kindy and very happy to be the namesake of the gelato shop.” says Isabella.

They love Wynnum for its community, people and connection with regular customers. “It’s a small village with a seaside vibe” they both say and reminds them of their origins in north east Italy.

And what’s the most popular gelato? “Chocolate, strawberry and cookies” Rudi quickly says, adding they have produced special flavours such as pumpkin gelato to tie in with the Wynnum Halloween Street Parade.

They cover for all tastes and needs such as sorbet for vegans …gluten free …dairy free. “Gelato with every food” says Rudi. Ciao to that we can all agree!

This article contributed by the Visit Wynnum Manly Guide and also appeared on WynnumCentral.

PS Matilda the Art of Gelato also features on Must Do Brisbane’s list of top gelato and ice cream parlours. 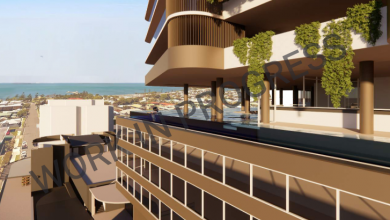 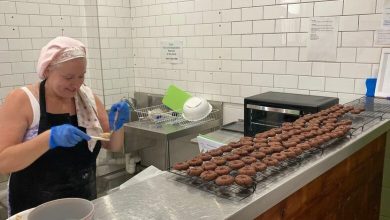