Editor’s note: this article republished from The Conversation refers to Brisbane City Council already implementing some of the measures suggested, for example the Brisbane Green Buildings Incentive Policy.

Climate change is going just as badly for cities as we have been warned it would. Extreme weather is increasingly common and severe globally. Australian cities have endured a number of recent disastrous events.

It’ll get worse, too. The Intergovernmental Panel on Climate Change (IPCC) factsheet outlining impacts on human settlements is a very sobering read. It also pithily sums up the situation cities face:

Implicit in this wording is a hopeful truth: adapting to climate change is a daunting task, but the “how” is not a mystery. The opportunity is right in front of us, in our streets, buildings and parklands. Around the world we are seeing effective retrofitting of cities to adapt to more extreme weather.

Here are a few inspiring exemplars.

Planting trees to create shade is an obvious response to hot weather. However, in many cities it’s still a struggle just to stop the losses of trees. Future hot, dry climates will add to the challenge of urban greening.

Medellin in Colombia is one city making inspiring progress on this front. With an urban greening budget of US$16.3 million, it has created a network of 30 “green corridors” through the city. These have reduced urban heat island effects by 2℃ three years into the program. As these densely vegetated corridors mature, they are expected to eventually deliver 4-5℃ of cooling.

Vienna, Austria, has had an urban heat island strategy in place since 2018. It includes planting 4,500 trees each year and subsidies for street-facing green walls.

The city has developed a series of “cool streets” – traffic-calmed spaces with light-coloured road surfaces, “fog showers” that activate on hot days, water features, shade trees and drinking fountains. Eighteen cool streets were delivered as pop-ups, with another four in place permanently to provide refuges on hot days. Vienna also has an extensive network of public swimming pools where residents can cool off.

Urban green space can also be valuable for intercepting and absorbing stormwater to prevent flooding.

A spectacular example is Bishan-Ang Mo Kio Park in Singapore. It was the site of a concrete drainage canal that was transformed into a 3.2km winding stream in 2012.

The 62-hectare park along the gently sloping banks of the stream serves a densely developed residential area. In wet conditions, the stream swells up to 100 metres wide. As stormwater gently flows downstream, it drains away into the landscape.

Since the park was created, visitor numbers have doubled to 6 million a year. Biodiversity has increased 30%.

A very urban version of this approach is the “floodable square”. A good example is Rotterdam’s Watersquare Benthemplein, a sunken public plaza and basketball court that becomes a major stormwater basin when it rains.

While this approach is a win-win on large development sites, it can be tricky to retrofit built-up areas. Fortunately, there are many more compact approaches that can deliver large benefits when delivered at scale.

New York City, for example, has spent over US$1 billion on smaller, distributed solutions in flood-prone streets. These measures include “raingardens” that drain water from streets, and infiltration basins that divert and store stormwater.

Of course, a green roof program usually requires private building owners to get on board. Rotterdam subsidises owners who deliver rooftop greening that intercepts significant amounts of stormwater. In 2021, Rotterdam had 46 hectares of green roofs, equating to around 0.5 square metres per resident.

The Swiss city of Basel leads the world with 5.7m² of green roofs per person (as of 2019). Basel has had incentives as well as laws requiring green roofs since the late 1990s; this highlights the value of putting regulations in place early.

The principle seems to work for bigger cities too: Tokyo has mandated green roofs since 2000, and has around 250ha of them.

What does this mean for Australia?

Our cities remain woefully unprepared for extreme weather. But many of the above approaches are starting to crop up in Australia. The challenge is to move from a handful of trials to a large-scale, systematic roll out of infrastructure to adapt our cities to climate change.

The experience of the cities profiled above points to a few crucial ingredients.

First, cities must be willing to invest heavily, both in new green spaces and in subsidies to encourage greening by private property owners.

Second, reallocation of existing grey space, like roads and canals, must be pursued fearlessly and systematically. Paris’s elected mayor since 2014, Anne Hidalgo, is a spectacular example of the political courage required for large-scale greening.

Third, the law can play a real role in guiding development, through measures such as mandating greening on buildings. This can be achieved through fairly simple tools like Toyko’s green roof requirement, or more sophisticated area-based instruments that require a portion of a development to have green walls and/or roofs. Cities like Seattle and Brisbane are using these tools, which are also being mooted in Melbourne.

Recent disasters have made clear the urgent need to step up urban climate adaptation. The costs of not acting decisively to protect ourselves and our cities will be considerable, but the playbook is ready for us. 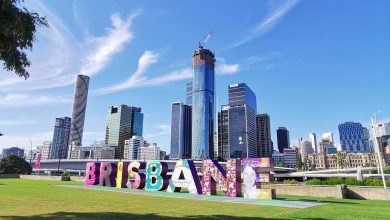 Brisbane floods: pondering the wisdom of placing our major galleries, libraries and theatres on the banks of a flood-prone river 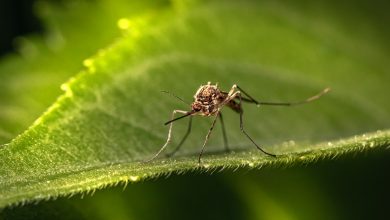 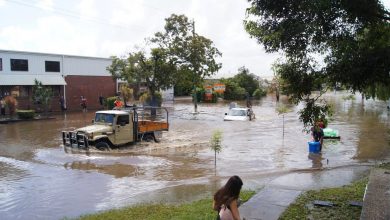 Like rivers in the sky: the weather system bringing floods to Queensland will become more likely under climate change 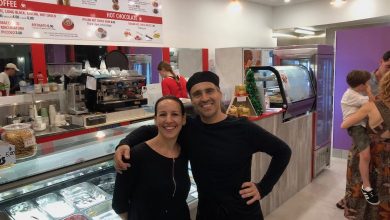 Taste of Italy in Wynnum