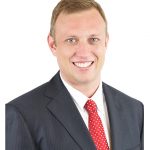 “FFI are seeking to build a facility at Gibson Island to produce around 50,000 tonnes of renewable hydrogen per year. Connection to the transmission network is vital to allow green energy to power this facility,” said Deputy Premier and Minister for State Development Steven Miles (pictured left). “Queensland’s constantly growing fleet of renewable power stations will provide the energy to produce green hydrogen ready for export to overseas markets like Japan and South Korea. By working with Powerlink, FFI will receive a streamlined service across their Queensland connection developments, which could be up and running as soon as 2023.”

As part of the agreements Powerlink will construct a new 275kV switchyard at its existing Brisbane substation (in Murarrie) and two 275kV feeders to Gibson Island to support the Gibson Island facility. 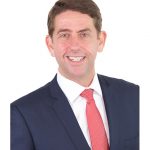 “Powerlink, Queensland’s publicly-owned transmission network will play an integral role in decarbonising our economy,” explained Cameron Dick, Treasurer and Minister for Trade and Investment (pictured right). “This agreement will help establish Queensland as one of the world’s leading green energy hubs for hydrogen production, and for jobs in more energy-intensive industries supported by that renewable power.”

“By establishing Renewable Energy Zones across the state, the Queensland Government will enable a new market for thousands of megawatts of new renewable energy,” he said. “Powerlink’s transmission network will then deliver this clean energy to places like Gibson Island and Gladstone where it will be converted in to green hydrogen and green ammonia. Growing Queensland’s green hydrogen industry means new jobs and global decarbonisation solutions for our trading partners.”

“We look forward to working with Powerlink to use the grid to deliver green power to our projects, enabling us to move quickly and supporting the entry of more renewables and decarbonisation of the electricity network,” said Fortescue Future Industries Founder and Chair Dr Andrew Forrest. “FFI’s goal is to turn Queensland into the global green energy heartland and to help create jobs now and into the future.”

“Not only will Powerlink’s network supply more renewable energy to five million Queenslanders, it will also drive economic development across the state by powering new industries such as hydrogen,” Mr Simshauser said. “These agreements marks the beginning of what I hope will be a long relationship between FFI, EDQ and Powerlink.”

See more on the different types of hydrogen production here.